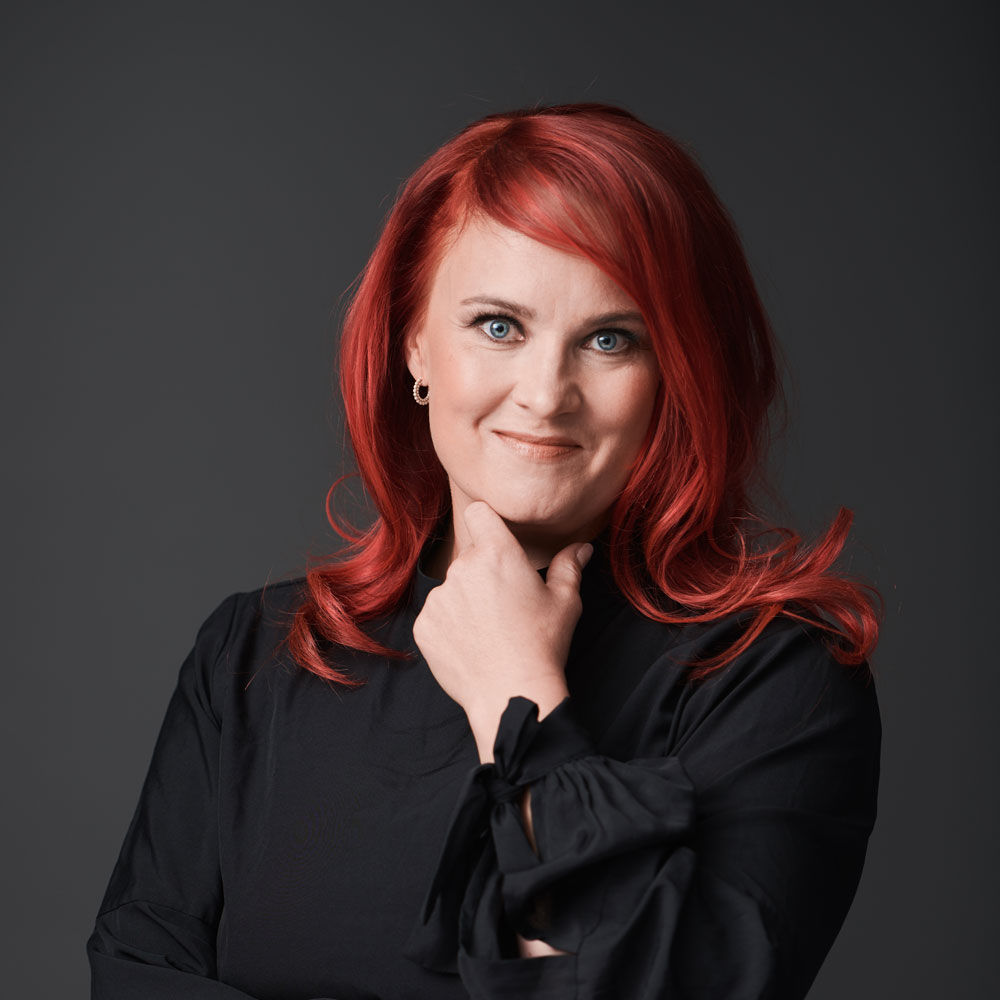 It must've all started when I was born into a family of musicians; singing and playing was all around. My musical studies began with violin lessons in East Helsinki Music School, but as a teenager I switched to the saxophone. Later I've also played the kantele (Finnish national instrument) and harmonium.

My serious singing interest began in 1988 in Tapiola Choir which was later followed by a number of other choirs and vocal ensembles. The one thing in common between all the choirs was that I always sang the alto part, as well as in Rajaton which I joined in 1999. In addition to singing with Rajaton I've also found the time to graduate from the Folk Music Department of the Sibelius Academy, with vocals as my main instrument. These studies have brought depth both in my life and my voice, and enabled many excursions to other cultures, even Siberia and West Africa.

Rajaton is for me like a dream come true. In this group I can combine versatile music with versatile singing. Pretty cool!